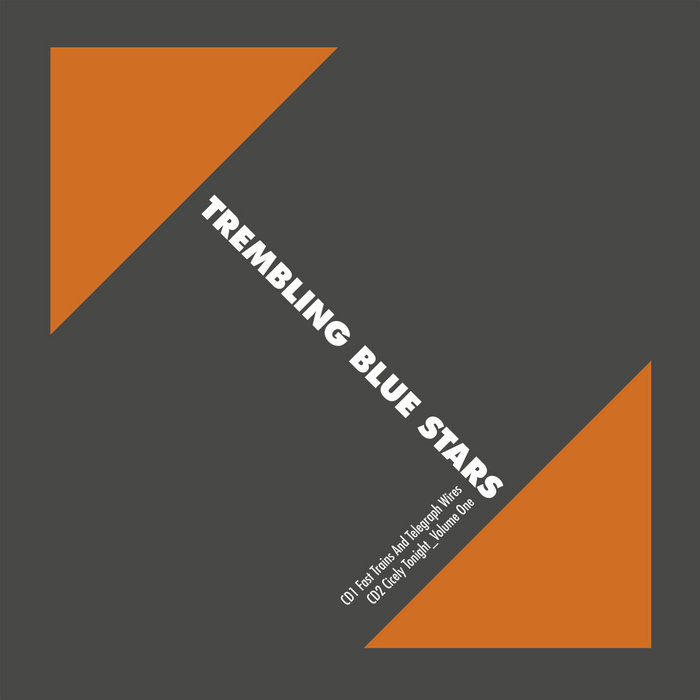 usul01 Simply awesome final album from a simply awesome band! Now a gift to us all for all of time... Favorite track: In Arrivals.

When something is sad, it is sad. “Fast Trains and Telegraph Wires” will be the last full-length album from TREMBLING BLUE STARS. After nearly 15 years of activity, Bobby Wratten’s band, the music that came after the mythical FIELD MICE and the unforgettable NORTHERN PICTURE LIBRARY, is offering his last songs. In a fantastic double-CD edition, accompanied by the EP “Cicely Tonight Volume One” the group from Mitcham give us a collection of undisputable, exciting and disturbing songs, that includes the work of Jonathan Akerman, Beth Arzy and Keris Howard again, that indie-pop super group, as well as Cath Carroll’s (singer of MIAOW, one of the groups included on NME’s mythical tape, C86, and musical journalist) special collaboration on vocals on that gem of a song full of sweetness that is “The Imperfection of Memory”. It is a masterpiece, with intense singles like “Cold Colours” and “All Our Tomorrows”, as well as the melancholy and delicate “Frosting”, “Half-Light” and “The Dark World of The Broken”. The disc closes with “The Hidden Quarter”, a beautiful composition dedicated to the film and video director, Derek Jarman (responsible for videos from THE SEX PISTOLS, THE SMITHS, PET SHOP BOYS). On the other hand, “Cicely Tonight Volume One” offers the more experimental side of Wratten, the side that gets closer by the second to big names like Brian Eno, in addition to the vocal collaboration of Anne Mari Barker-Davies on “The Lowest Arc”, a version of THE DREAM ACADEMY’s “Not For Second Prize”.

Two complementary parts that give a panoramic view of the incomparable and unique figure that is Robert Wratten, and especially, his work at the head of TREMBLING BLUE STARS, capable of light and darkness, of reflecting pain and sadness in brilliant, emotion-filled melodies. It is an epilogue that will be completed with the second part of “Cicely Tonight”, a new CD-single that will be out soon and that will bring a close to one of the most personal and unforgettable discographies that has ever been released. The music is forged somewhere between love and melancholy, the notes reflect the sincerest emotions, and it has a sensitivity and honesty that will be difficult to hear or see again.

Bandcamp Daily  your guide to the world of Bandcamp